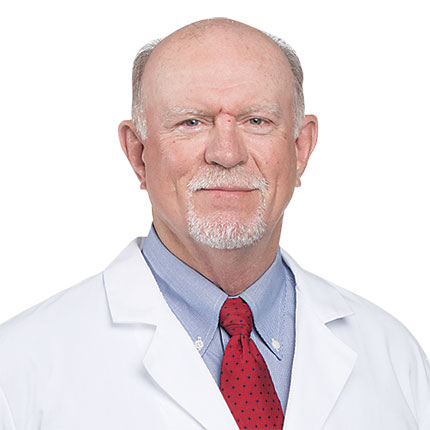 Dr. Christy has deep ties to Bossier. He graduated from Airline High School, where he was involved in football, track and student government, and then earned his undergraduate degree in pre-medicine at University of Louisiana Monroe (formerly Northeast Louisiana University).

Following college, he was accepted into medical school at LSU School of Medicine Shreveport, earning a medical degree in 1982. He served two years of his residency program in general surgery with the late Dr. John McDonald, a well-known surgery expert and transitioned to his special interest, otolaryngology-head and neck surgery. He was chief resident during his last year of residency.

Dr. Christy returned to Bossier City in 1987 as board-certified surgeon and opened his practice here. Today he focuses on nonsurgical treatment of the full spectrum of adult and pediatric diseases of the ears, nose and throat, as well as allergy issues.